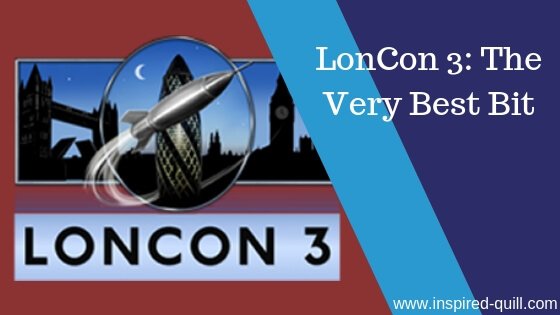 Phew! What an amazing five days! Two members of the IQ team (namely: Sara and Peter) along with a few authors (namely: Ben, Matthew and David) spent time around two tables at the amazing LonCon3 (the 72nd WorldCon Sci-Fi convention), held at the ExCel in London, UK.

Amazing Networking for both Authors and Publishers

As the largest convention IQ have been to by some order of magnitude, LonCon certainly kept us on our toes! There’s always some trepidation when it comes to events that you don’t have any prior experience with. It keeps you up the night before: “Will we have too many books? What if no-one buys anything? We we be put in a little corner next to the bins? What if no-one buys anything? Did I remember to pack the blutac?”

But despite the fear, it seemed as though we always had someone stopping by the table to chat. In one case, I had three wonderful people wanting to talk to me about IQ and submissions at the same time. Everyone at IQ would agree that talking to folks who were so passionate about their chosen geekdoms was easily the best part of the convention. Getting to know our readers (and fans who haven’t yet dipped their toes into the IQ pond of titles) has truly been a fantastic experience.

The event really drove home how important it is to actually make connections with out amazing readers and potential book reviewers. We found very early on that engaging in a genuine way meant that folks were more likely to return each day to say hello, and many did end up buying a book. It helped that we had some engaging games to play, too.

Yes, those are polar bears having a go at our lucky dip

Of course, I was particularly happy when I got to meet two writers from the ‘Zombies!Run’ fitness app, as well as Todd McCaffrey (yes, that one).

Speaking to so many people passionate about Science Fiction, Fantasy, Steampunk and everything in between was both inspiring and humbling. I ended up giving out a lot of business cards and bookmarks, so I’m hoping that some of the people we chatted to will get in touch to say hello. Publishing can be a fairly isolating experience when it’s just you sat at a computer, editing books and trying to get your latest design software to just. do. the. thing. And I know that authors often have the same challenge of being stuck inside their own head too much, sometimes.

Events offer a change of perspective

Events such as LonCon3 / WorldCon give us the chance to get out and not only talk to readers who might turn into fans down the road, but also to see that we’re not alone and that the work we do actually matters – even on a small scale. (Special thanks to the reader who purchased a copy of Queen of the World, and then three days later came back and bought The Whisper of Dreams because she’d already finished the first one!)

It’s pretty safe to say we all got the Sci-Fi Convention Bug… so we’ll hopefully see you at many more conventions over the coming months and years!

Did you go to WorldCon or follow the #LonCon3 hashtag on Twitter? Let us know your favourite bit, and whether you came to say hello to us at our table! 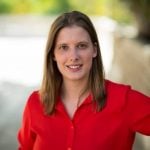 I often joke that the only way I could step foot into a publishing house is by creating my own. In the last almost-decade, Inspired Quill – and everyone involved – has been a huge part of my life. I have given numerous talks at conventions, festivals and online tele-summits about non-tokenistic diversity, and how writers can break into the publishing industry in general.